E.B. Wedgeworth Elementary was established in 1999 as a first through fifth-grade campus.  In 2011, it began housing kindergarteners.  Wedgeworth is also one of the district's designated bilingual campuses.  The elementary school was formally dedicated on September 20, 1999.
About Emmit B. Wedgeworth 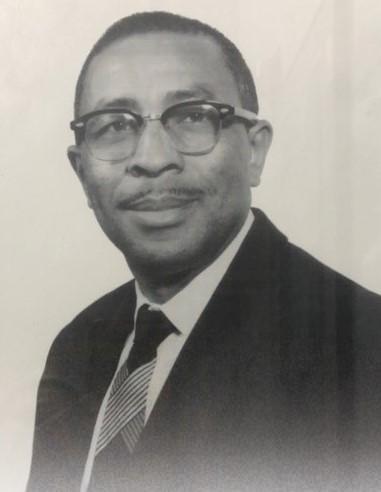 E.B. Wedgeworth Elementary School is named in memory of Emmit B. Wedgeworth, a Waxahachie educator.  Mr. Wedgworth was born March 23, 1914, in Grimes County to Mr. and Mrs. Walter Wedgeworth.  He graduated from Ennis Public School.  He received his B.S. and M.Ed. from Prairie View University and completed further study at Texas Women's University in Denton, Texas.  He married Alphonicia Donovan in 1959 who also taught in Waxahachie ISD.  They had one son, Emmit B. Wedgeworth, Jr.

Mr. Wedgeworth began his teaching career in the Falls Community in Ellis County.  He resumed his career in education as principal in Fairfield, Texas from 1944-1947, after serving in the military in 1942 and 1943.  He served in Sealy ISD from 1949-1953 before moving to Waxahachie to serve as principal of Oak Lawn Elementary School.  Mr. Wedgeworth worked within Waxahachie Independent School District for seventeen years, as principal then attendance officer, before retiring.

In addition to his school responsibilities, Mr. Wedgeworth was an active member of Joshua Chapel A.M.E. Church where he served as secretary of the trustee board.  Mr. Wedgeworth also served as Scout Master for the Boy Scouts of America and was on the Senior Citizens Board of Directors.  He was also a member of the Kiwanis Club, American Legion, Waxahachie Chamber of Commerce, Retired Teachers' Association, and Disabled American Veteran Association.   Mr. Wedgworth was presented with the Outstanding Citizens Award in 1976 by the Citizens for Progress Organization.

Mr. Wedgeworth was highly respected in Waxahachie for his contributions as an administrator of the Waxahachie Independent School District.  E. B. Wedgeworth Elementary, named in his honor, will serve as a constant reminder of his dedication and service to the students of Waxahachie.